Steffany J. Fredman, Ph.D., Lab Director
Assistant Professor of Human Development and Family Studies, The Pennsylvania State University
Karl R. Fink and Diane Wendle Fink Early Career Professor for the Study of Families
​
Welcome to the Couple and Family Adaptation to Stress (CFAS) lab!  We study the intersection of individual and couple/family well-being under conditions of normative and non-normative stress and the ways in which couple- and family-based interventions can help individuals, couples, and families thrive through the integration of clinical and family science.

May, 2020
Congratulations to Dr. Steffany Fredman, who was promoted to Associate Professor with tenure!
April, 2020
August was awarded the F31 Individual Predoctoral Fellowship to Promote Diversity in Health-Related Research from the National Institute on Minority Health and Health Disparities to study the daily associations between psychological well-being and relationship functioning among African Americans.
Congratulations August!
December, 2019
The primary outcomes paper from Steffany's Consortium to Alleviate PTSD (https://tango.uthscsa.edu/consortiumtoalleviateptsd/) study testing a brief, intensive, multi-couple group version of cognitive-behavioral conjoint therapy for PTSD has been accepted at Behavior Therapy!

Annie accepted a post-doc position at the University of Miami working with Dr. Brian Doss in Fall 2019. Congratulations, Annie!!
May, 2019

Steffany's paper on the mediating role of interpersonal functioning in the association between posttraumatic stress and academic difficulties in student veterans came out in print in Psychological Trauma: Theory, Research, Practice, and Policy!

​Yunying (Annie) Le attended the 2018 conference for the International Association for Relationship Research (IARR) in Fort Collins, Colorado and presented her work looking at the effect of capitalization on couples' relationship and coparenting for first-time parents across the transition to parenthood.
​May, 2018

A LOT is happening this month!

​August defended her master's thesis on "Longitudinal Associations Between Depressive Symptoms and Marital Satisfaction in African-American Couples: Moderation by Racial Centrality and Discrimination". This work was "promoted" to a lightening talk to be presented at the upcoming annual meeting of the National Council on Family Relations at San Diego. Congratulations, August! Way to go! 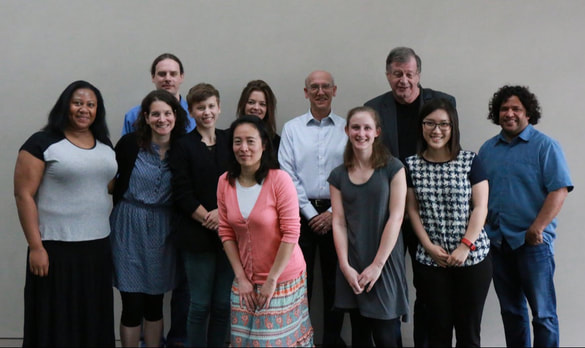 Steffany attended the annual meeting of the International Society for Traumatic Stress Studies (ISTSS) and gave a talk on "Parent PTSD symptoms and child abuse potential during the transition to parenthood" and served as a discussant for the symposium on "PTSD does not occur in isolation: The wide-reaching impact of PTSD on romantic partners."

Annie attended the annual convention of the Association for Behavioral and Cognitive Therapies and presented the poster "Daily association between capitalization attempts and relationship intimacy for couples across the transition to parenthood."
October, 2017

Annie's paper was officially published in the Journal of Family Psychology!

Steffany's paper on the prospective associations between PTSD symptoms and impaired conflict communication was officially published in Behavior Therapy!

Steffany and Annie attended the annual meeting of the Association for Behavioral and Cognitive Therapies (ABCT).

Steffany gave multiple talks at ABCT and chaired 2 symposia.  One focused on novel approaches to the study and treatment of individual psychopathology in a couple context and the other focused on couple functioning and parenting in the context of PTSD.

Annie gave a talk at ABCT on "Parenting stress mediates the association between neuroticism and harsh parenting: A dyadic approach" and presented a poster on "Refinement of a brief measure of relationship distress for Chinese couples using item response theory".

As part of a festschrift honoring Dianne Chambless' life, career, mentorship, and works, Steffany gave a talk entitled "Using expressed emotion to inform family-based treatment for individual psychopathology: The importance of context"  at the University of Pennsylvania's Department of Psychology.

Annie presented her work on "Perceived child difficulty mediates the association between mothers’ and fathers’ neuroticism and overreactive parenting" as a poster at the forty-ninth Annual Convention of Association for Behavioral and Cognitive Therapies in Chicago.
February, 2015

Steffany's paper on the development of a measure of partner accommodation of PTSD symptoms was officially published in the Journal of Anxiety Disorders!